Alex's methods are laborious and time consuming, a painstaking labour-of-love is required in all her works, re-purposing and re-valuing old material whilst exploring ideas of object as portrait, the personal belonging, and what is lost. The multi-disciplinary strands of her work all find their roots in
the principles of drawing, of repetition, observation and contemplation.
Alex's practice is primarily that of drawing, although recent projects have included found objects, painting, photography and film; using digital and analogue processes to explore the evocative object, the domestic sphere, the lot of woman, and the self delusions of romance and nostalgia.
Torture the Women(The China Cupid) 2014/14 is a short film composed of a series of scenes taken from Hollywood screen tests for Alfred Hitchcock's film of Du Maurier's Rebecca. These scenes gleaned from YouTube, are digitally re-drawn and re-animated, the text edited and sliced to explore the cultural and literary manipulations of woman as romantic object. The phrase 'Torture the Women' was used by Hitchcock when asked for his advice on how to make a thrilling movie. 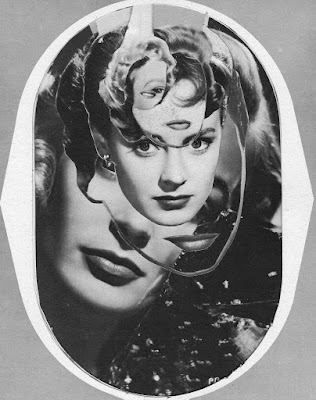 Can you describe your practice in a few words?
Watching, cutting, drawing, painting, assembling, and lots of thinking.
What is your earliest memory of art?
My grandmother's sculptures and paintings, she was mostly self-taught but she was pretty good. Her maquette of a strutting cockerel still graces my living room.
What is the future for art?
More of the same, I expect.
Who have been your main influences over the years, both in historical and recent terms?
I recently discovered the work of Ida Lupino, an extraordinary Hollywood trailblazer, she was one of the first female directors. I've been reading alot about Hollywood broads recently, ballsy women who made their way through the studio system. Bette Davis is another current obsession. I'm particulary interested in artists with a singular personal vision; photographers like Francesca Woodman and Cindy Sherman.


Biography
Alex March is a London based artist working with drawing, photograhy, painting and film to produce works which explore memory, representation, nostalgia and romance. March uses processes of editing, obscuring or recreation, laborious analogue and hand techniques are combined with digital technology to explore the object/image relationships of domestic ephemera.
March graduated from Wimbledon College of Art in 2011 with a Masters in Fine Art. She featured in the Catlin Guide 2012, a guide to the 40 most promising UK graduates and was shortlisted for the Jealous Graduate Print Prize 2011. and the Future Map 11 Prize. She has sceened at the ICA London, Edinburgh Fringe Festival and the Liverpool Film Festival; and has exhibited at the Creekside Open; Brukenthal National Museum, Romania; the Zabludowicz Collection, London and the Barbican Arts Centre. Her work is held in private collections nationally and in the Creative Cities Public Collection in Beijing.